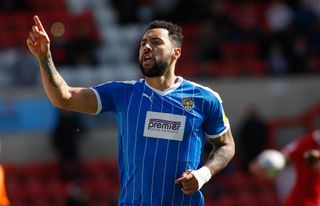 Notts County’s 131-year stay in the Football League came to an end after they were beaten 3-1 at Swindon.

Goals from Kaiyne Woolery and a brace from Theo Robinson helped Swindon come from behind to end County’s hopes of a last-day relegation escape.

County needed to win and hope rivals Macclesfield lost to Cambridge to stand any chance of staying up.

Kane Hemmings gave 2,248 travelling County fans hope in the 53rd minute when he slammed home a penalty after Craig Mackail-Smith had been fouled in the area by Tom Broadbent.

Woolery equalised by slotting past Ryan Schofield in the 69th minute after the former County loanee surged run into the box.

As County frantically pushed men forward they were punished on the counter attack on two occasions.

Robinson found time and space inside the area and lashed his effort into the top left-hand corner and County’s demise was confirmed when the striker scored his second from close range in stoppage time.