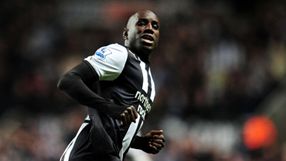 Sunderland began the month with a last-gasp win over Blackburn Rovers at the Stadium of Light, with Sebastian Larsson’s 90th-minute free-kick sealing all three points in the Ulsterman’s first home match.

A 1-0 loss away to high-flying Tottenham Hotspur followed, but the Black Cats bounced back with a thrilling 3-2 win away to Barclays Premier League new boys Queens Park Rangers – Wes Brown netting the late winner.

The Boxing Day fixture at the Stadium of Light saw the points shared as Everton came from behind to claim a 1-1 draw.

This is the eighth time that O’Neill has won the Barclays Manager of the Month Award in his career, and the first since he took the reigns at the Stadium of Light following Steve Bruce’s departure.

Ba’s first season at Newcastle has already been a huge success with the Senegalese front-man producing a series of impressive performances.

In early December, despite Newcastle’s form dipping, he scored doubles in the games against Norwich City and West Bromwich Albion.

Newcastle recorded their first win of December away to Bolton Wanderers with Ba scoring the second goal in a 2-0 victory for Alan Pardew’s men.

This is Ba’s first Barclays Player of the Month Award, and the Senegal international has now scored an impressive 15 goals in just 19 Barclays Premier League games for Newcastle since his transfer from West Ham in the summer.

The decisions were made by the Barclays Awards Panel, which includes representatives from football’s governing bodies, the media and fans.