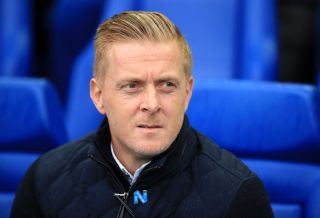 Boss Garry Monk admits he is enduring “probably the most difficult moment” of his career after Sheffield Wednesday made it one win in nine Sky Bet Championship matches following a 3-1 defeat at home to Derby.

All three Derby goals were scored inside the opening half-an-hour, with Tom Lawrence scoring twice and Jason Knight adding a third before substitute Josh Windass reduced the arrears in the second half.

Monk was confident the Owls would build on their last-gasp win over Charlton in midweek, and said: “It was a very unfortunate first goal but what you can’t do in the aftermath of an unfortunate goal is compound that with really poor mistakes.

“You do the work behind the scenes and it feels like the work that we’re doing is not being rewarded.

“It’s a matter of extremes because we’ve gone from a really positive performance in midweek.

“You don’t see that type of first-half performance coming after the last two matches. In the second half it was better, but it was too little, too late.

“The responsibility is all mine and I understand that. It’s bitterly frustrating.

“It’s probably the most difficult moment in my career. I am trying to help the players.

“I know that the work I do works, but the results have not been good enough in this period.”

Derby manager Phillip Cocu praised “a good team performance” after they ended a run of four games without a victory.

“We played well from the back and they couldn’t press us,” Cocu added. “We kept control of the game and it was a deserved win.

“We found a good combination and balance in playing good football, dominating the game and being effective.

“We played great first half and you go in at half-time with a three-nil lead, it gives the team great confidence that we needed.

“I was happy to see that we still had the courage to play from the back and press the opponent.

“We knew it was important to get the victory and I was happy to see they played very well and scored some great goals.

“Chris Martin played a great game. It was just a pity that he couldn’t score himself because he deserved a goal.

“We just know that we have to put in a very good performance in every game. There are still quite a few games to play, so we’re going to try to continue the way we work and play until the end of the season.”