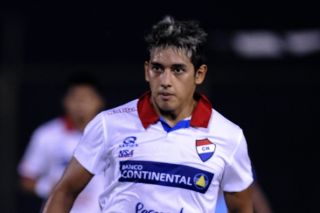 Rubio Nu led Nacional at half-time thanks to Sergio Escalante's 16th-minute goal but the 2013 Apertura champions hit back after the break with Silvio Torales and Fredy Bareiro goals leading the home side to victory.

Nacional (even goal difference) sit sixth just behind Olimpia (plus six) and Luqueno (plus one).

The result left Rubio Nu in last spot in the standings with just 12 points from 15 matches this season.

Deportivo Capiata moved away from Rubio Nu on Wednesday, leapfrogging Sol de America into 10th in the 12-team league with a 3-2 victory at 12 de Octubre.

Reinaldo Ocampo struck a hat-trick for Capiata as they held on despite 12 de Octubre scoring a second goal in second-half stoppage time.