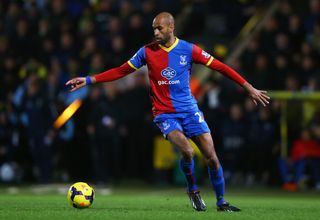 Leeds United are one of a cluster of Championship clubs keen to sign the 29-year-old winger on a temporary basis as Kebe is out of favour at Palace, with his last appearance coming as a substitute in the 1-0 win over West Ham at the start of December.

A reunion with Brian McDermott at Leeds - the duo having worked together previously at Reading - had been strongly mooted, but Parish has moved quickly to squash the speculation.

"We are not looking to send him out on loan anywhere. We haven't considered whether he's going to go out on loan or if we're going to accept them."