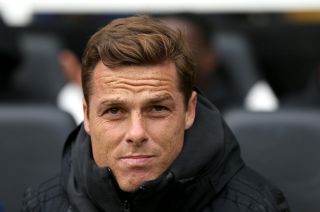 Scott Parker has pledged to rebuild Fulham’s identity to drag the Craven Cottage club back to the Premier League.

Former Cottagers captain Parker has been named as the club’s permanent manager and will lead his side into their final top-flight game on Sunday before relegation.

Chairman Shahid Khan has challenged Parker to steer Fulham back to the top flight at the first attempt, via next year’s Sky Bet Championship campaign.

The 38-year-old Parker understands the scale of the task, but insisted he can now build a team with a clear image.

“I want people to understand what they are going to get from us, and have clear words that come into their mind that they can identify us with,” said Parker.

“What I want to bring at this football is something we can all relate to; a clear understanding and recognition of what we’re about as a football club.

“The team that plays on a Saturday is the face for all of us, the staff, and the fans.

“In terms of a starting point we’ll always start there and that will be our foundation to go from there.

“From there will come technical detail.

“I have no doubt that one thing our fans will see next season is a team that’s fully committed, with desire and passion; that will be a given.”

That spending spree backfired spectacularly, however, with a raft of new players failing to gel and the team losing cohesion on the field.

Slavisa Jokanovic was sacked in November to be replaced by Claudio Ranieri, and he in turn was replaced by Parker in February.

Former England midfielder Parker took the reins on an interim basis, but has now won over Fulham’s board to gain control full-time.

And the former Chelsea and West Ham star admitted he knows full well just how tough it will be to bounce straight back to the Premier League.

“At the same time we’re looking forward to it. We can’t wait for next year to come on. I’m absolutely relishing it now.”