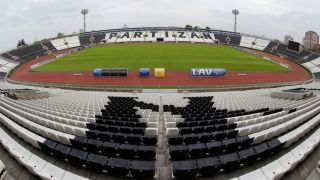 UEFA has banned Partizan Belgrade from competing in the Champions League or Europa League for one season due to unpaid debts.

The Serbian side will be ineligible should they qualify for a continental competition in the next three seasons.

It is the third time Partizan have been found to have breached the "overdue payables requirements" in the Club Licensing and Financial Fair Play regulations in the past five years.

UEFA stated the Serbian side's debts stood at just under €2.5million as of September 30, 2016, the majority of which is owed to "social/tax authorities".

Partizan were eliminated from the second qualifying round of this season's Europa League by Polish team Zaglebie Lubin.