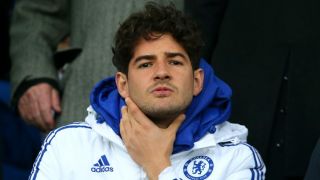 Alexandre Pato, Radamel Falcao and Marco Amelia have all left Chelsea, the club have confirmed.

Pato and Falcao depart following the expiration of their loan deals from Corinthians and Monaco respectively.

The Brazilian made just two appearances for Chelsea after joining in January, scoring his only goal from the penalty spot in the 4-0 win over Aston Villa in April.

Pato's agent, Gilmar Veloz, this week claimed Chelsea had the option to sign his client on a four-year deal.

However, the striker will return to his parent club with just six months remaining on his deal with the Sao Paulo giants.

Falcao's time at Stamford Bridge was blighted by injury, but the Colombian is set to be afforded a chance at Monaco next season.

Goalkeeper Amelia was signed on a free transfer as cover for Thibaut Courtois, who underwent knee surgery last year, and leaves without making an appearance.