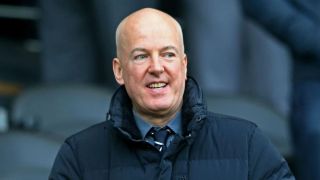 Peace's company, West Bromwich Albion Holding, own 88 per cent of the shares in the Premier League club, but the businessman has hinted that the time may have come to step aside.

"I have been at the helm for 13 years now and I am proud of what has been achieved in that time," said Peace in a statement on West Brom's official website.

"I do not need to remind supporters about the journey we have shared to this point.

"I am happy to continue as we strive to deliver Premier League football whilst growing the club within our means.

"But equally if there was someone out there willing and capable of taking the club further forward, I would be willing to step aside and negotiate a change of ownership providing it was an investment that was right for the club.

"The recent announcement of a new and record media rights deal for the Premier League from season 2016-17 is sure to mean that there is once again huge interest in the brand.

"It was only right and prudent, in my view, that at such a moment we should present the club to the investment market. I believe it is a sound company – an extremely solid football club with no debt, significant assets, a developing infrastructure and reasons to be confident about the future."