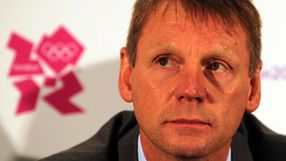 Ex-England captain Beckham, who will turn 37 on the day Pearce watches him in Seattle, is widely expected to be one of the three over-age players in the Under-23 Olympic squad but Pearce said he would select players solely on form and fitness.

"David Beckham will be treated exactly the same as any other individual, whether it is young or over-age," he told reporters.

"Form and fitness will dictate what the make-up of the squad will be. David falls into the same category. I have a duty of care to the Great Britain squad to try and win a gold medal. I will pick the strongest possible squad I can.

"I will know a bit more when I go to the States to see what form he is in.

"He's made the shortlist and he has been a great ambassador for this country and the Olympics, but that's no recommendation that he will get in the squad and that's fair and square across the board for all players."

Brazilian Ronaldo, who played with Beckham at Real Madrid, reckoned the former Manchester United player should be picked for Britain's Olympic team with his England career now over.

"David Beckham is a great player and a great friend of mine," said Ronaldo, who won a bronze medal for Brazil in the 1996 Atlanta Olympics before winning the World Cup in 2002.

"I'm sure he would love to participate in this Olympic dream. It's up to the manager to pick the best team available but if I was the manager I definitely would as he would guarantee quality.

"Beckham is a real calm guy and a team player and despite his status and fame he is actually very humble. Never during my time at Real Madrid did I hear anyone complain about him and he would help with the younger players.

"He's still playing for the Los Angeles Galaxy and only last week scored a beautiful goal from outside the box into the top corner, he really looks after himself so despite his age I really think he could contribute."

Pearce is also England caretaker manager and might still lead the side in the European Championships in Poland and Ukraine in June.

The English Football Association have yet to name the man who will take the team into the tournament although Tottenham Hotspur manager Harry Redknapp remains the favourite to be the permanent successor to Fabio Capello, who resigned in February.

Pearce said that whoever takes charge of the team will find that "everything is in place" for the finals.

The squad for the Euros will be named on May 10 and Pearce is fully prepared to take charge during the tournament if asked.

He was the caretaker when England lost 3-2 to the Netherlands in a friendly at Wembley in February and could be manager for the two warm-ups friendlies against Norway on May 26 and Belgium on June 2 before the competition starts on June 8.

"Whether it is me taking the squad or someone else the planning is totally done," Pearce said.

"I think they will be quite happy with the