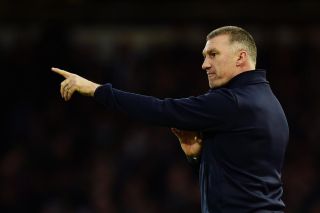 The 2-0 reverse at Upton Park was Leicester's fifth in succession in the Premier League, and Pearson's men are now without a win in 12 league outings.

Goals from Andy Carroll and Stewart Downing mean Leicester will be bottom of the table at Christmas, five points from safety.

Leicester's poor run of form means Pearson's position as manager has been called into question, but the 51-year-old insists the pressure is just part of the job.

"Managers are always under pressure and I would be a bit naive if I sat here and said everything is rosy," he said.

"It's inevitable that there's going to be speculation but I've got broad enough shoulders to deal with that.

"What is important is that I continue to work in the way I believe is correct for us. I won't lose any sleep over speculation.

"I know that our owners are very decent people and they will make the decisions that they feel are right for the football club.

"I don't really fear that side of management, it's what you have to cope with. I've been in difficult situations before and what you have to be able to deal with is the good times and the bad times.

"It's certainly not a time for me to try and brush away our problems. We're in a difficult situation and my job is to continue to work hard to find the solutions for us."

Pearson's side will attempt to end their dismal run when they host Tottenham on Boxing Day.