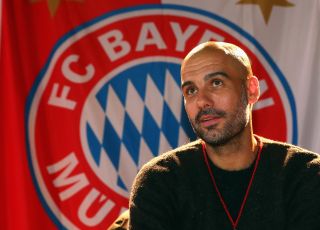 The league leaders struggled against Stuttgart in their last match and needed late goals from Claudio Pizarro and Thiago Alcantara to secure a 2-1 win.

Bayern were far from their best but showed character to come through and collect the three points, something Guardiola was pleased with.

The Spaniard knows teams are not going to make it easy for his side, the reigning champions.

"I was happy with our performance in the previous match," the head coach said. "I know what is going on, considering the previous season and in this campaign as well, we played well and are well away from others.

"People think it's easy now and we are supposed to win every game by three or four goals. I knew that in advance, so before the last match, I told my players it's going to be really tough.

"We won a very important game in Monchengladbach. After that I was hoping it was going to be easier.

"We weren't as dynamic in the following match, but we were in control. The problem was that we didn't create many chances. Other than that though, I'm quite pleased."