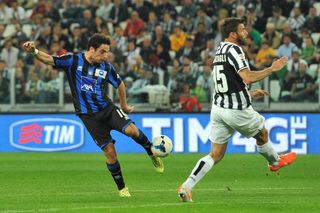 Bonaventura moved to San Siro ahead of last week's transfer deadline for fee reported to be worth around €7 million.

Percassi has come in for criticism for being unable to command a bigger sum but the Atalanta supremo is adamant that it was a good piece of business.

He told Bergamo TV: "I've been accused of selling him on the cheap.

"That's almost offensive to me seeing as I have made my fair share of business deals in the past.

"The truth is that player values have fallen because co-ownership deals no longer exist. These deals in the past made it easier to cover up mistakes.

"At the end of the day, we have to make sure our accounts are in order and we were given an opportunity to sell Bonaventura and Andrea Consigli [to Sassuolo].

"I think we behaved well in both circumstances."

Bonaventura, who made his Atalanta debut in 2008, has earned one cap for Italy, featuring in the 4-0 win over San Marino in May 2013.