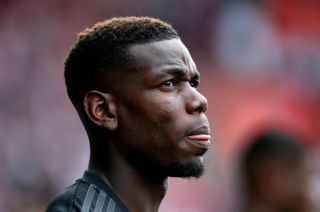 Social media companies have been urged to provide “extended protection” for footballers on their platforms in a bid to curb racist abuse.

Manchester United stars Paul Pogba and Marcus Rashford and Chelsea pair Tammy Abraham and Kurt Zouma have all been racially abused on social media in the opening weeks of the season.

The Professional Footballers’ Association has now called on the networks to provide “targeted monitoring of player accounts, club accounts, key fixtures and tournaments to address any racist abuse promptly”.

The PFA said it wanted “sufficient resources dedicated to identifying and removing offending posts without delay”.

In April, professional footballers across the leagues took part in #Enough a 24-hour social media boycott led by the PFA to highlight the racist and discriminatory abuse many of our members were receiving in the course of their work. pic.twitter.com/BlXzw2ky4G— PFA | Professional Footballers' Association (@PFA) September 4, 2019

The PFA led a 24-hour social media boycott, #Enough, in April to highlight the discriminatory abuse suffered by players and on Wednesday released a detailed statement spelling out what it wants the next steps to be.

“Our members have high profile accounts and are often a target for abuse. We are calling for extended protection for our members on social networks,” it said.

PFA also called for accounts to be permanently deleted if they make “hateful” posts and demanded “offline consequences for online action”.

“Social media must have better links with the police and football authorities on this issue,” it said, claiming there was a lack of responsibility for ensuring offline consequences at the moment.

The PFA also wants the outcome of reporting abusive posts to be made clear.

These, the PFA said, would “allow players to speak directly to the networks to share their experiences” and “enable the social networks to educate players around protections built into their platforms to help deal with abuse, such as reporting, blocking and muting”.

The PFA is exploring using Artificial Intelligence and online analytic tools to effectively monitor the extent of social media abuse on an ongoing basis.

Anti-discrimination group Kick It Out, which met with Twitter last week said, it had agreed a number of future steps to begin tackling the problem, which included a meeting with police and the Crown Prosecution Service to “develop an efficient approach to identifying and punishing” offenders.

“What the public need most is Twitter to show decisive leadership and deliver concrete action for change.”— Kick It Out (@kickitout) September 4, 2019

It also said it would invite football bodies, including the Football Association, the Premier League and EFL to agree a “collective action plan”, and said that Twitter would help with its campaigning around the issue.

“Kick It Out met with Twitter last week to discuss a number of continuing issues on their platform, relating to football – including abuse of professional players, the wider scale of online abuse, reporting procedures and legal enforcement of online hate crime,” read the Kick It Out statement.

“Online discrimination will not be resolved overnight, but we have collectively agreed on actions as a first step to ensure the issue is tackled effectively.

“Kick It Out will continue to take a lead in bringing the football authorities and the legal system together to tackle online abuse.

“But what the public need most is Twitter to show decisive leadership and deliver concrete action for change – we expect to see that in the weeks and months ahead.”

We want to play our part in curbing this unacceptable behaviour — both online and offline — and will continue engaging with partners and clubs, protecting the conversation from abuse, and taking rapid action on accounts that break our rules.— Twitter UK (@TwitterUK) September 4, 2019

Twitter said it had “taken action on more than 700 examples of abuse and hateful conduct related to UK football” in the past fortnight.

It added in a statement that it would participate in the PFA’s player training programme and, working with Kick It Out, would continue its “working relationship with UK policing to further brief them and provide training on our policies, procedures and dedicated 24/7 reporting channels for law enforcement”.

It added: “We want to play our part in curbing this unacceptable behaviour — both online and offline — and will continue engaging with partners and clubs, protecting the conversation from abuse, and taking rapid action on accounts that break our rules.”