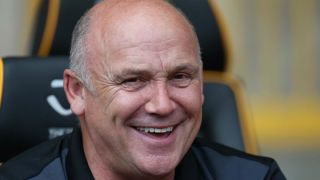 Hull's preparations for their Premier League return were thrown into disarray when Bruce vacated his position on Friday due to a lack of transfer activity.

Bruce had guided Hull back into England's top flight via the play-offs last season, but Phelan – who became the Englishman's assistant at KCOM Stadium in early 2015 – is ready to fill the void.

"I've had a small chat and I was asked if I would carry on being in charge for now. We have games, we have preparations, we've still got three weeks to go.

"My job is no different to what it has been except now I'm stood on the touchline in games doing my bit.

"We just have to do our job, there's nothing else we can do until the powers that be make their decisions."