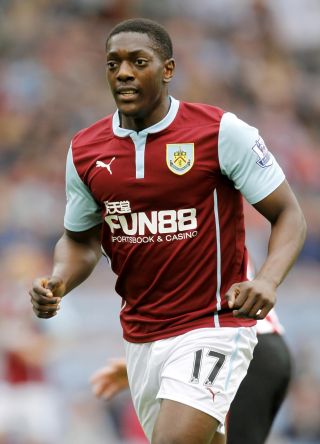 Footballers are still afraid to speak out about mental health concerns because of the impact it could have on their careers, according to former England Under-21 striker Marvin Sordell.

The former Watford and Bolton player announced his retirement last summer at the age of 28, citing his own mental health problems as one of his reasons for quitting the game.

Football will do its part to get people talking about their mental health over the course of the Heads Up weekends coming up this month, while Thursday is designated as Time To Talk Day.

Since his retirement, Sordell has set up his own production company and has spent time interviewing current and former professionals about their experiences. In his view there is a long way to go before players feel comfortable opening up.

Asked if football encourages honest conversations, Sordell told the PA news agency: “To be blunt, no. There are a lot of players I’ve spoken to personally who don’t think it is worth their while, because it will just make their life more difficult.”

Sordell has co-produced a mini-series called ‘Football Exposed’, due for release in the next couple of weeks, looking at some of the most troubling issues affecting the game.

He said: “One player I spoke to said he told his club that he was having mental health problems. At the end of that season, when his contract expired, he was put on a rolling month-to-month contract.

“The coach said to him they didn’t think he would be able to cope playing in front of a crowd.

“Playing under pressure is difficult anyway, but even more so when you’re in a position where every fortnight your contract is being reviewed again.”

Today, football is coming together to launch the #HeadsUp Weekends and kick off the biggest ever conversation around mental health.— Heads Together (@heads_together) February 5, 2020

Sordell attempted suicide in 2013, which he put down to an “accumulation” of problems. He had been the victim of racist abuse from supporters at club and international level, while he was also subjected to bullying.

“Managers and coaches bully players at times without even knowing what’s going on. That is rife in English football, whether it’s being made to train on your own or being made to do things differently to other people,” he said.

“I was told by a manager that if I didn’t leave and take a pay cut, he was going to make my life a living hell. Those were his words. And in the end I just thought ‘I’ll leave then, it’ll make life easier’.”

He does see hope, though, in the younger managers coming through.

“You look at the old school type of manager, when they were players they were told to ‘man up’,” he said.

“The new generation are maybe more emotionally open to having these types of discussions and that allows the players to come out and speak about how they feel.”

Sordell, who has been involved with the Football Association’s work on mental health, welcomes the Heads Up weekend initiative.

“There are a lot of people who are affected by mental health problems, so to have an industry tackling this head-on is a massive thing,” he said.

“Football can lead the way in society, and in this area. Long may that continue.”