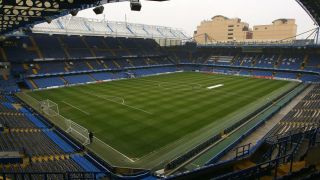 A group of supporters were heard singing abusive chants at London St Pancras station on Wednesday as they travelled back from the game in the French capital.

The tie has been surrounded with controversy after another group of Chelsea fans were filmed pushing a black man off a Paris Metro train prior to the 1-1 draw at the Parc des Princes.

"The incident happened 24 hours after Chelsea had played Paris Saint-Germain in the Champions League.

"As a result of extensive media coverage, all seven men have been identified and will be interviewed in due course."