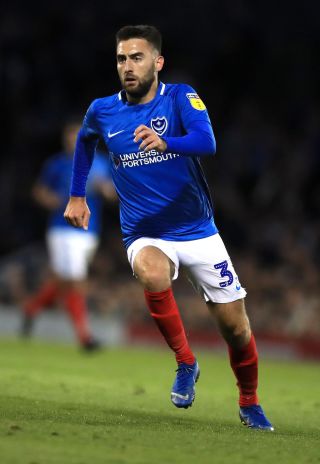 Portsmouth progressed to the fifth round of the FA Cup for the first time since 2010 by comprehensively beating Championship Barnsley 4-2.

Goals from Ben Close, John Marquis, Ronan Curtis and Christian Burgess helped the home side cause an upset at Fratton Park, despite replies from Cauley Woodrow and former Pompey forward Connor Chaplin.

The opener came in the 37th minutes when Andy Cannon teed up Close to fire into the bottom corner.

Marquis doubled the lead on the stroke of half-time, poking Curtis’ goalward header in on the line.

Woodrow brought Barnsley back into contention with a 30-yard screamer just before the hour but the comeback was short-lived as three minutes later Curtis raced onto goalkeeper Alex Bass’ long punt downfield to finish neatly.

Burgess sealed the win with a header from Steve Seddon’s corner 14 minutes from time, before Chaplin got Barnsley’s second goal in added time against the club where he began his career.