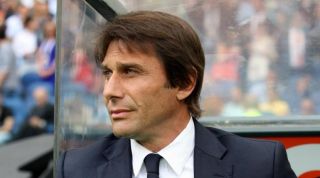 Conte took the national job after leaving Juventus last month and is set to be presented as the new man to lead Italy on Tuesday after winning three consecutive Serie A titles in Turin.

The 45-year-old surprisingly resigned from his Juventus post last month, but was confirmed as Prandelli's replacement on Thursday, signing a contract that will keep him in charge of Italy until July 2016.

And Prandelli - now at Galatasaray - offered Conte some words of encouragement.

"I send my best wishes to Conte and I hope he gets the best results for the most important team in Italy, the Nazionale," he is quoted as saying by Tuttosport.

"Antonio Conte begins his challenge [on Tuesday]. As his predecessor, I wish him and his staff luck in their work, and hope they get the best results on the pitch."