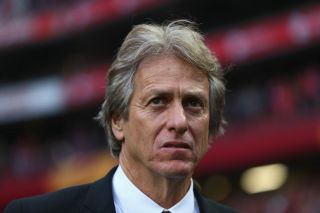 The newly crowned Primeira Liga champions won the first leg in Lisbon 2-1 last week and they travel to Turin on Thursday looking to make it to successive finals in the competition.

With this year's final being held at the Juventus Stadium, the Benfica boss has piled on the pressure on Antonio Conte's side by suggesting they cannot afford not to be eliminated.

"I know full well that anything could happen in Turin, as these are two great teams who can score at any moment and this leaves qualification in the balance," he said.

"It's only right that both sides are confident about going through, but don't forget we have one more goal.

"Playing at the Juventus Stadium is an important advantage for them, but it's also true that all the pressure is on Juventus.

"They can't get it wrong the year that the Europa League final is in their home stadium.

"All we have to do is repeat the first-leg performance."

Benfica will have an extra day to prepare for the fixture given they face Porto in the Taca da Liga on Sunday, while Juventus do not play their Serie A game with Sassuolo until Monday.