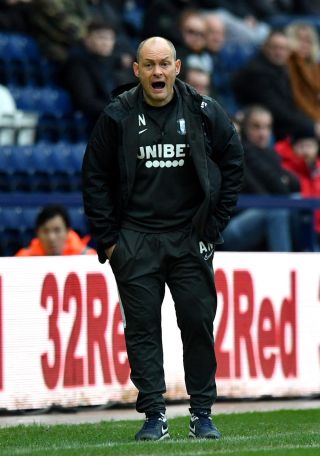 Preston’s bid for an automatic promotion place was dented by a 1-0 defeat at home to mid-table Millwall.

Alex Neil’s side remain sixth place in the table but their first league loss in 2020 is not ideal preparation for the Lilywhites, ahead of a testing run of games in the coming weeks.

Millwall picked up their first win on the road since mid-December as Shaun Hutchinson’s late header moved them into the top 10 and to within four points of their hosts.

Preston were quickly out of the blocks at Deepdale, with Daniel Johnson wasting an excellent early chance to open the scoring.

Tom Barkhuizen did brilliantly to burst past two challenges on the right-hand side of the box and cut back for the midfielder, but his tame effort was well saved by Bartosz Bialkowski, with David Nugent scuffing the rebound over the bar.

However, Millwall weathered the early wave of attacking pressure from the hosts and created two excellent first-half chances of their own.

Gary Rowett’s side picked up where they left off after the break as Tom Bradshaw fired against the crossbar after 61 minutes, with the visitors hitting Preston on the counter-attack.

Millwall continued to pile the pressure on from there, with Rudd called into action to tip Hutchinson’s header over the bar three minutes later.

Neil brought on Paul Gallagher and Sean Maguire for the final 20 minutes to inject some much-needed life into the hosts attack, but they were unable to make any real inroads into an organised Millwall defence.

Millwall grabbed the goal their pressure deserved with 12 minutes to go.

Murray Wallace did well to get above his marker and nod down namesake Jed’s whipped corner and with the Preston defence unable to react in time, Hutchinson powered a header past Rudd.

The Lions almost doubled their lead after 85 minutes as substitute Connor Mahoney benefited from some more slack Preston defending, but Rudd once again came to Preston’s rescue.

Gallagher did come close to a dramatic equaliser for Preston in added time but Bialkowski produced a fine diving stop to keep out his long-range free-kick.