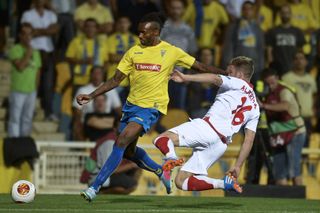 Estoril enjoy more possession and were rewarded after 42 minutes when Balboa rose to head home a corner and that proved to be the winner.

The goal marked Equatorial Guinea winger Balboa's fifth since moving to Estoril from Beira Mar in the close-season.

Silva's side could not add to their lead, but it mattered not as goal-shy Academica, who have scored only 12 league goals so far this season, failed to break down the visitors' defence.

Academica remain ninth and face struggling Belenenses on Saturday, while Estoril - eliminated in the group stage of this term's Europa League - will be eyeing another victory over Braga next Monday.