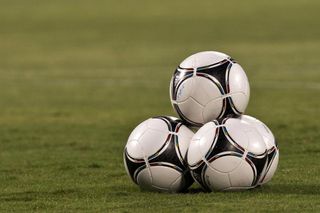 Moussa Gueye thought he had scored his first Academica goal in the 57th minute, only to see the linesman's flag raised - the Senegalese striker adjudged offside, despite the ball falling to him via a Nacional defender's boot.

A win would have been fully deserved for the hosts as they dominated possession and carved out several chances, though Eduardo Gottardi was in fine form in the visitors' goal.

The hosts were without the guidance of coach Sergio Conceicao, who was serving the second of a three-match touchline ban, and they often lacked a final pass in a first half they should have taken the lead in.

Gueye saw his effort wrongly ruled out 13 minutes after the interval as Academica continued to dominate.

Diego Barcellos almost grabbed an unjust winner for the away side, but the spoils were ultimately shared.

The draw means Academica are now five games without a win, while a point will keep Nacional in the final UEFA Europa League spot over the weekend and stretches their unbeaten run in the league to 12 games.