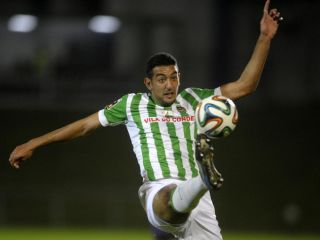 Visiting Academica will have hoping for a win to move them closer to the European spots, but they struggled to break down their hosts, who had the better chances.

Braga dragged a good opening wide on the first half, while Rafael Lopes had Academica's best chance in the second half.

Nuno Lopes wanted a penalty for the hosts 64 minutes in, but referee Duarte Gomes waved away the wing-back's appeals.

Lopes' evening went from bad to worse in stoppage time as he was dismissed for a second bookable offence.

A point apiece leaves Academica six shy of the top five, though Rio Ave enjoy a eight-point cushion over the relegation zone.