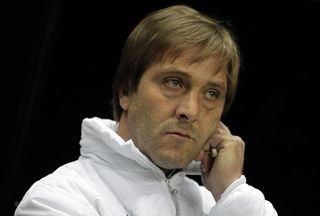 Rio Ave finished in the lower reaches of the division last season, taking one point from their final five matches, with coach Nuno Espirito Santo moving on at the end of the campaign.

He was replaced by Pedro Martins - whose Maritimo side defeated Rio Ave on the final day of 2013-14 - and under new leadership the club have made a fine start to the new term.

On the back of a 2-0 win over Vitoria Setubal in their opening encounter, Koka inspired the visitors to a resounding success.

The 21-year-old Egyptian scored just three league goals in the entire previous season, but he matched that tally within an hour on Sunday as the away side raced into a 3-0 lead.

Pedro Moreira added a fourth in the 74th minute and, after Joao Pedro Galvao pulled one back for the hosts a minute later, he restored the visitors' four-goal advantage to cap a fine performance.

Reigning champions Benfica made it two wins from two matches with a 1-0 win at Boavista.

Eliseu proved the match-winner for Jorge Jesus' men with a goal in the 44th minute, while the hosts saw Bobo sent off shortly before the end, the striker receiving a second caution for a needless inside the Benfica penalty area.

Belenenses are another side with a maximum return from two matches, thanks to a 3-1 home win over 10-man Nacional.

Deyverson gave the hosts the advantage in the 13th minute and that lead was doubled before the break by Rodrigo Dantas.

Nacional then saw Ali Ghazal dismissed for a second bookable offence shortly after half-time, although they did halve the deficit through Marco Matias' penalty.

With 20 minutes remaining, Fredy restored Belenenses' two-goal buffer and put the game beyond Nacional, who remain without a point.