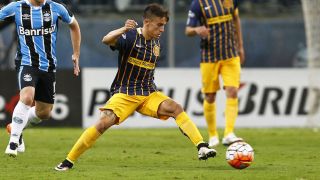 Lo Celso, who plays for Rosario Central, has previously been linked with Serie A sides Juventus, Roma and Napoli.

But the 20-year-old was pictured landing in Paris last month and, speaking at new coach Unai Emery's first media conference, Al-Khelaifi confirmed the deal is all but completed.

He said: "Three good players signed, we are happy with the market for arrivals. Three players - four with Lo Celso, it's not bad."

Lo Celso has made 23 appearances for Rosario Central in 2016 - helping them to the quarter-finals of the Copa Libertadores. He has also been named in Argentina's initial 35-man squad for the football tournament at the 2016 Olympic Games.