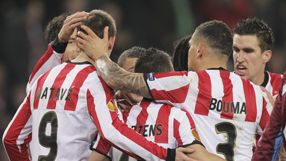 Cocu, also assistant to Bert van Marwijk with the national side, succeeded Fred Rutten who was sacked last month.

"I don't consider this as my success," said Cocu. "Rutten also has a share in this trophy."

"Today we played with only one aim, winning the cup, and we set the tone from the first moment.

"Now we can celebrate but tomorrow the focus will be back on the league, where we are still chasing the title," added Cocu, whose team lie fourth, trailing leaders Ajax Amsterdam by four points with six matches remaining.

PSV started impressively and created five clear chances in the opening 20 minutes but Jeremain Lens missed the target twice and when he set up Dries Mertens the Belgian winger was denied by goalkeeper Remko Pasveer.

Ola Toivonen, however, put PSV on track for their ninth cup final win when he netted a pass from Zakaria Labyad on 31 minutes.

Heracles, making their first cup final appearance after beating AZ Alkmaar in the semis, never came close to a repeat of that form as PSV forged clear.

A long pass from Erik Pieters reached Mertens who headed the ball from 16 metres over Pasveer to double the lead after 56 minutes and soon afterwards a well-executed chip from Lens made it 3-0.