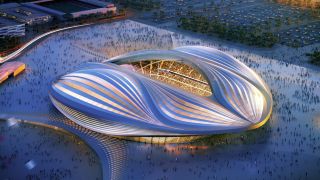 Qatar's World Cup bid team has strongly denied allegations it conducted a smear campaign to increase their chances of hosting the 2022 tournament.

A Sunday Times investigation suggested rivals who were also bidding to host the finals were sabotaged by Qatar.

The newspaper claims to have seen leaked documents showing that fake propaganda around bids from the United States and Australia was disseminated by former CIA agents and a public relations firm on behalf of Qatar.

Any such campaign would be in breach of FIFA regulations, but Qatar's Supreme Committee for Delivery & Legacy has hit out at the allegations and insisted it has fully complied with world football's governing body.

"The Supreme Committee rejects each and every allegation put forward by the Sunday Times," said a statement.

"We have been thoroughly investigated and have been forthcoming with all information related to our bid, including the official investigation led by US attorney Michael Garcia.

"We have strictly adhered to all FIFA's rules and regulations for the 2018-2022 World Cup bidding process."

Qatar's World Cup preparations have been mired in controversy, with concerns raised about allegations of corruption and soaring temperatures in its summer months, while Amnesty International has expressed fears over the treatment of migrant workers in the country.

The tournament has since been moved to November and December 2022 to avoid the problems of the searing heat, although this will have repercussions for the European football season.

The Supreme Committee introduced official guidelines on workers' welfare standards, which was updated this year following consultations with Amnesty and other human rights groups.

After being beaten by Qatar in the bidding process for the 2022 tournament, the United States was subsequently awarded the rights to hold the World Cup in 2026, along with neighbours Canada and Mexico.