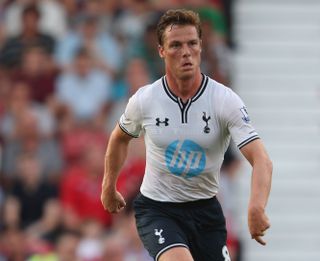 Former West Ham man Parker has fallen down the pecking order at White Hart Lane following the return of Brazilian Sandro from a knee injury and the arrival of his compatriot Paulinho from Corinthians in the transfer window.

Redknapp, who worked with the England international during his stint in charge at Tottenham, is a known admirer of the 32-year-old and has now revealed that negotiations about a possible switch to Loftus Road are under way - with the player now set to have the final say on whether he is willing to drop down a division.

"We've made a good offer to Scott," Redknapp said at a press conference ahead of his side's clash with Ipswich.

"It's up to him to make his mind up now if he wants to come here.

"The chairman has agreed a deal with Tottenham. It's up to Scotty now.

"We feel we're a club that can get back up this year. Hopefully Scotty with feel the same and come here. We feel this is a club that is progressing and we'd love him to be part of it here."

QPR are still likely to face competition for Parker's signature, with Premier League outfit Fulham also thought to interested in a deal.

Meanwhile, Redknapp has also warned Stoke City manager Mark Hughes that QPR will not allow winger Junior Hoilett to leave the club cheaply, as he continues to conduct his transfer business.

"If Mark Hughes and Stoke want Hoilett, they'll have to come in with a big offer," he added. "We want to keep him. He's playing very well."