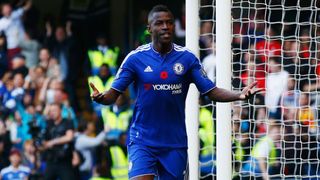 The terms of the deal were not officially disclosed by Chelsea, although the fee has been widely reported to be in the region of £25million.

Ramires' first winners' medals with Chelsea came during a decorated conclusion to the 2011-12 campaign, when Roberto Di Matteo steered them to FA Cup and Champions League glory.

The Europa League arrived in the following season, while he was part of the team Jose Mourinho led to the League Cup and Premier League crowns in 2014-15.

In total Ramires made 251 appearances for Chelsea and scored 34 goals.

Twelve of those games came in the Premier League this term, with a substitute cameo at Manchester United last month proving to be his final outing for the club.