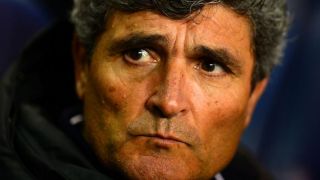 Juande Ramos turned down the opportunity to manage Chelsea due to a perceived lack of job security, according to his former Tottenham colleague Marcos Alvarez.

Alvarez told Spanish radio station Canal Sur that the experience of working at Madrid, where he was axed after just six months in charge, left Ramos unwilling to risk another short-term appointment.

"Juande had an offer from Chelsea," said Alvarez. "It is complicated to say no to a club like that, but he put conditions on the table to get the project under way and at the end there was no agreement.

"He has very clear ideas. His thinking is not just about going to an elite club that plays in the Champions League."

He added: "He wants to enjoy his profession in an interesting place with a proper project. We already had the experience of Real Madrid and he did not want to go through the same again, with a club where there are no guarantees of continuing even if you do a good job."