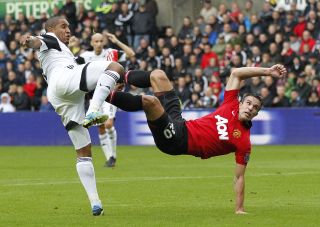 Williams has not played since the 2-0 win at Crystal Palace on September 22 and without the centre-back Swansea have struggled, losing three of their last four matches.

The 29-year-old defender has been ruled out of Wales' FIFA World Cup qualifiers against Macedonia and Belgium as he continues to battle an ankle injury.

And Rangel has his fingers crossed that Williams, who has only missed two matches in the last two Premier League seasons, makes a speedy return.

Rangel told the South Wales Evening Post: "Ash is an important player for us. He has been a consistent and regular player for us week in, week out.

"He will be fit when we come back. How many Premier League games did he play in a row without a rest?

"Ash has not had many injuries. Hopefully he will get back to full fitness, get back in the team and help us."

Williams has been replaced by 21-year-old defender Jordi Amat, who has formed a partnership at the back with fellow Spaniard Chico Flores.