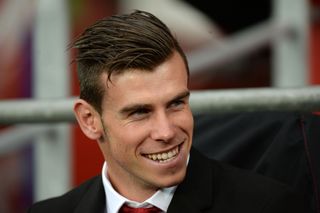 The Welshman has been linked with a world-record switch from Tottenham to the Spanish capital for long periods of the transfer window but, with just four days remaining, a move has yet to materialise.

And, after Real's 4-0 friendly victory over Deportivo La Coruna on Thursday, Fernandez Tapias confessed that issues have arisen, though he still expects a deal to be completed.

"There are problems, but I think it will all be straightened out. We thought he'd be here, but he hasn't even flown to Madrid yet, although it could still happen", he said.

"I think it will happen, but I couldn't swear to it completely. We have to wait, because Spurs are stalling."

The Spaniard went on to claim that the Santiago Bernabeu outfit, who have won their first two league fixtures of the new campaign, boast a strong squad even without the addition of Bale.

"I have no doubt of Bale's ability, but without Bale, Real is still a force to be reckoned with - we have an amazing team," he added.

Bale, who scored 26 goals in 44 appearances for Tottenham last term, is reportedly valued at €100million by the Premier League club.