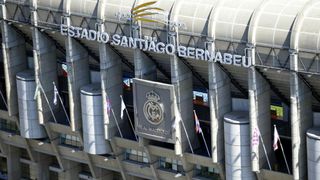 Velazquez played for the Spanish giants between 1965 and 1977 and formed a part of the Madrid team that claimed the club's sixth European crown in 1966, defeating Partizan Belgrade 2-1 in the final.

After signing for Madrid from Malaga, Velazquez went on to win six league titles and enjoyed three Copa del Rey triumphs with the club in over 400 appearances.

He ended his career with Toronto Metros-Croatia in 1978.