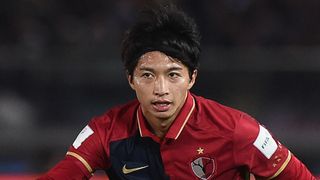 Gaku Shibasaki is aiming to build on his heroics against Real Madrid and establish himself in Spanish football after signing for Segunda Division club Tenerife.

He looked set to swap the J.League for LaLiga by joining Las Palmas, but he has become a Tenerife player after the initial move fell through.

Shibasaki, who helped Kashima to the J.League title and the Emperor's Cup in his last full season at the club, said that Tenerife's desire to sign him convinced him to join the islanders.

He told the club's official website: "I am very happy to be here. I have great expectations of success in the Spanish League. I chose CD Tenerife because I think it's an interesting adventure.

"I wanted to choose a team where I feel valued and CD Tenerife showed much interest in me. Although the negotiation has taken place in the last few days, I already knew of the interest previously.

"Of course I want to stay in the Spanish League, in Europe. I hope to do my best and stay that way for a long time."