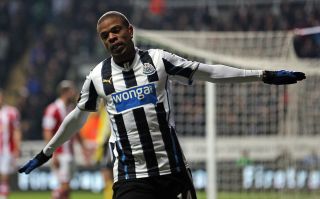 Remy has been on loan from the Loftus Road club this season and has impressed for Newcastle, scoring 10 goals in 19 appearances in all competitions.

The 27-year-old – who cost QPR around £8 million in January last year – is available for sale and Redknapp is hoping that Newcastle will offer double what he paid to former club Marseille.

"I don't know what the deal is. You'd think they'd want to snap him up, wouldn't you?" Redknapp told West London Sport.

"If they don't then someone else will. For what we got him for, he's probably worth double that now.

"He's scored goals in the Premier League again this year."

QPR could wait until the end of the season to sell Remy – and keep him if they are promoted to the Premier League – but Redknapp would be happy to get rid of the forward this month.

"You've got to get there first, and if someone came and offered £15 million or £16 million for him I'd sell him if it was my choice but it's not, it's down to the chairman."