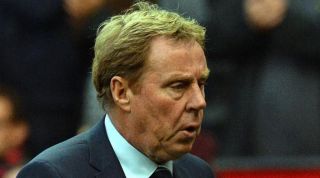 An early own goal by Nedum Onuoha, albeit after a handball deflection from Enner Valencia, and Diafra Sakho's second-half header left QPR rooted to the foot of the table on Sunday.

Rangers have now lost all four away matches since returning to the Premier League and offered little going forward at Upton Park.

Their best chance came just after the break when Charlie Austin fired wide after good work from substitute Bobby Zamora, but that was as close as they got.

QPR manager Redknapp said: "We got off to a bad start and when you've not got a lot of belief and been shipping goals it's very difficult - the last thing you want is to concede a sloppy goal like that from a corner and it certainly didn't help any.

"The second half we started okay and had a great chance with Charlie Austin from Bobby Zamora's cross when we were probably having our best spell, but then they scored another goal.

"I just feel we're still a bit off the pace with a few of the players, who are not quite up to full fitness.

"I still think we've got to up our work-rate, we've got to play with more energy than we are doing at the moment.

"We've got to press teams and work, which is what we've been working on in training and talking about, but we've got to put it into practice on the pitch.

"We're also short of goals and short of goalscorers. We lost Loic Remy on the [transfer] deadline and couldn't replace him, so it's been tough, but there's a long way to go.

"There's no easy games, but we've got to keep going and one win can change everything."