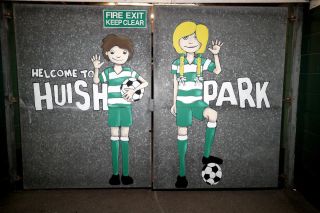 A crew of ball boys appeared to be sent off by the referee during a National League match.

Both Yeovil and league leaders Bromley mentioned the incident on their Twitter accounts during a match which Yeovil won 3-1 at Huish Park.

A tweet sent by Yeovil in the 84th minute read: “The referee has, no joke, just sent off one of our ball boys…”

And they followed it up with a second tweet a minute later which said: “Update: he’s dismissed all of them…”

Bromley elaborated a little, saying referee Aaron Jackson asked one ball boy to leave when he withheld the ball from one of their players, Sam Wood, on two separate occasions.

83 mins | Interesting scenes as a ball boy keeps the ball from Sam Wood on two occasions and is asked to leave the field.— Bromley FC (@bromleyfc) September 28, 2019

Speaking on the BBC website, local radio commentator Chris Spittles said the ball boy in question got a warning, but “when the same ball boy repeated the trick shortly after the referee asked for them all to be removed”.

He added: “One steward was tasked with gathering them all in and leading them away down the tunnel. I’ve never seen anything like it.”

To add to the bizarre spectacle, it seems Jackson was forced into becoming a makeshift ball boy himself as the game neared its conclusion.

A tweet from Yeovil sent in stoppage time read: “The referee runs to get a ball for Adam Smith (because he’s sent the ball boys off…).”

Yeovil’s victory put them one point behind leaders Bromley in third.