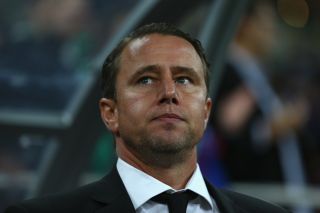 The Romanians simply couldn't deal with Chelsea's class and pace, conceding two goals in each half in the 4-0 home drubbing.

It was Steaua's second straight defeat in the group stage and they have a huge task to try and turn things around to qualify for the knockout stage.

"We were too naive. We didn't manage to win the second ball, while they profited from every opportunity they had," Reghecampf said.

"Their first two goals were gifts on our part and it's hard at this level if you don't do on the pitch what you speak about beforehand.

"We knew they were extremely dangerous on the counterattack and we were too naive. We have to focus and to win the first match (of back-to-back games) against Basel."

Chelsea flew out of the blocks and opened the scoring through Brazilian Ramires on 19 minutes, before an unfortunate own goal by Daniel Georgievski's doubled the lead just before the break.

It was the sign of things to come as Ramires completed his brace 10 minutes into the second half before a Frank Lampard strike in the final minute completed the rout.

"We have to have another attitude. We don't have time to single people out," Reghecampf said.

"The entire team has to take the blame, not only (Daniel) Georgievski. Chelsea were far better than us, that's obvious.

"I'm not pleased, there were plenty of things I didn't like, such as a lack of aggression and not pressing our opponents but I'm sure our attitude will be different in the next match."