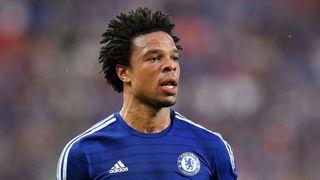 Loic Remy is desperate to make a fresh start at Chelsea after two underwhelming seasons at Stamford Bridge.

The Frenchman joined Chelsea from QPR in August 2014 but has been unable to live up to expectations, partially due to injury.

Remy refuses to throw in the towel, though, and remains determined to succeed at the club.

"It's good to be back and, for me, it's very important that I don't have any more injury problems this season," the 29-year-old told Chelsea's official website.

"The preparation is very important for me, I feel really well so far but it's a long time since I played. Last year was very difficult for me because I had a lot of injuries, but this is a new page now. I hope to stay free from injuries and to have a better season. I feel very good."

Chelsea recently started preparations for the upcoming season under new manager Antonio Conte and Remy is loving life under the former Italy boss.

"The preparations are very different to what we did last season and the one before. With the new staff we have been working very hard," he added.

"All the players want to be involved in the new project, the commitment is there and there is no reason for us not to be ready for the first game of the season.

"They are very intense sessions but at the same time you have to work on the basics. It is very tactical which is good for us, because as players you need to have direction and know what to do with and without the ball. It's been very tough but all the players are enjoying working with the new manager."