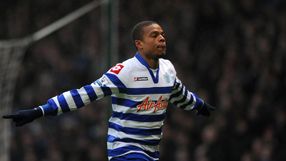 The Frenchman, who netted with his first shot in the 1-1 draw at West Ham United, was castigated by parts of the British press who speculated he had chosen QPR over Europa League challengers Newcastle because of the bigger wages on offer.

Irrespective of the salary, manager Harry Redknapp was fretting over the transfer outlay with striker Remy costing eight million pounds from Olympique Marseille but a cool finish after 14 minutes eased his fears.

"You always worry, you want to get him off the mark and get him scoring. I do feel under pressure [about the fee]," Redknapp told Sky.

"I think with the right service and right players he will score goals."

The draw, in which Joe Cole scored the equaliser for his first goal in 10 years for West Ham after returning to the club earlier this month, meant QPR stayed four adrift at the bottom but Redknapp still has hope with 15 games left.

"We fought for our lives, we took another point," the former West Ham boss added. "I thought there was more goals in us."

Alan Pardew's side lost 2-1 at home to Reading despite taking the lead and they sit two points above the drop zone a season after finishing fifth.

"That was a tough defeat for us. In the first half we played well and the game should have been out of sight but second half we couldn't get going and unfortunately we have conceded two bad goals," the manager said after failing to win for a sixth straight game in all competitions.

"We need to strengthen the squad no doubt about it," he added having missed out on Remy and seen top-scorer Demba Ba leave for Chelsea.