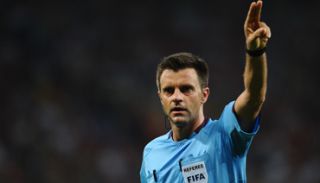 UEFA confirmed on Monday that the 41-year-old Rizzoli, who was in charge of the 2010 Europa League final and was on duty at Euro 2012, had been selected.

He will be assisted by fellow Italians Renato Faverani and Andrea Stefani with the fourth official, Damir Skomina, coming from Slovenia.