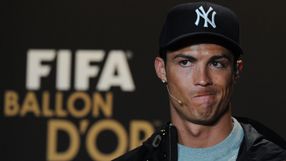 However, the Portuguese forward was non-committal over Milan midfielder Kevin-Prince Boateng's decision to walk off the pitch over racist insults during the match against lower tier Pro Patria, saying it was a "personal decision."

"I think this cannot happen at this moment in football because FIFA and UEFA speak about fair play and against racism, it's incredible, it cannot exist," the Ronaldo told a news conference before the FIFA Ballon D'Or Award on Monday.

"It's just a football match, and people should not find this kind of thing in the stadium."

"We should live in peace, all of us," he added.

Referring to Ghanaian Boateng and whether he would support a walkoff in the future, Ronaldo said: "It's a very personal decision, it's his opinion.

"There are various examples in stadiums and sometimes we have to live with these people who might not be very balanced.

"I can't give you a concrete response, it depends on the person and on how he feels at the time."