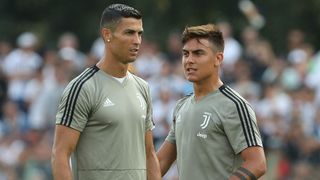 Cristiano Ronaldo will make his Juventus home debut against Lazio, but Paulo Dybala has been left out of the reigning Serie A champions' starting line-up.

Ronaldo made his competitive Juve bow last weekend in the 3-2 victory at Chievo and has retained his place in a team that features three changes.

Federico Bernardeschi and Mario Mandzukic, both of whom had a big impact off the bench in the Bianconeri's victory in Verona, have been brought into the side along with Blaise Matuidi.

Douglas Costa, Juan Cuadrado and Dybala are the three to make way.