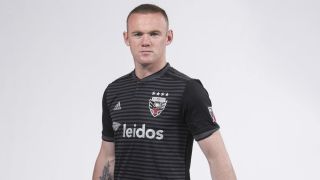 Wayne Rooney has revealed that Everton "made it clear" they wanted him to leave the club before his move to DC United last month.

Rooney returned to Goodison Park last July following a trophy-laden 13-year stint at Manchester United, and went on to net 11 goals for the Toffees, finishing 2017-18 as their top scorer.

The 32-year-old failed to find consistency in an often-struggling side, though, and new manager Marco Silva and director of football Marcel Brands confirmed in June that the former England captain was in talks with MLS club DC.

The forward finally completed the move on 28 June, signing a three-and-a-half-year contract, suggesting at the time that the decision to leave Merseyside was not just down to him.

He has now expanded on the reasons behind his move, saying that it became clear that he did not feature in the club's first-team plans.

Rooney - who is set to make his debut against the Vancouver Whitecaps on Saturday - told ESPN: "Obviously at Manchester United that [playing] wasn't happening as much as I would have liked and I quite easily could have stayed there with two years left on my contract and picked up the wages and been happy with that and that's it.

"But I wanted to play, went back to Everton and had a year there, then as I've said before, Everton made it clear towards the end of the season that they'd be happy for me to leave.

"For whatever reason, I still don't know. I felt I was doing okay, I was top goal scorer [despite] playing most of the season from midfield.

"But that's football. And that gave me a decision to make, and I made this decision."

"I said to Everton, 'Listen, I'm not a kid and if this [leaving the club] is what you want, tell me. If you want me to stay, tell me' and we talked about it.

"So, this option became available as well as a few different ones, and I just felt this was the right one."