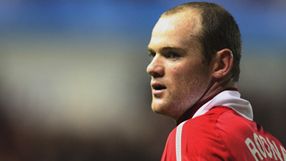 "Everyone is saying I was definitely going to join Manchester City," he was quoted as saying by the United website on Friday. "Believe me, if I'd have gone it wouldn't have been to another club in England."

GEAR:Save up to £10 on Premier League kits here. Receive free delivery on orders over £40

Rooney said last month he wanted to quit United because of the club's lack of clout in attracting more top players but he changed his mind and signed a lucrative five-year contract.

He attributed his change of heart to Sir Alex Ferguson's powers of persuasion with the manager saying the England striker now understood "what a great club Manchester United is".

Rooney believes it would have been a mistake to leave United, telling reporters after scoring in Wednesday's 1-0 win at Rangers in the Champions League: "Could it have been the biggest mistake I ever made? Yes, of course.

"We've seen many players leave the club and not do so well, so I am delighted I have stayed. I'm committed to this club and making it successful.

Rooney also said sorry to the United fans who gave him a mixed reception when he came on against Wigan Athletic last Saturday on his first appearance since his threat to leave.

"I feel like I have apologised to the fans but everyone keeps saying I haven't. If that's the case, I apologise for my side of things," he said.

Rooney has struggled with an ankle injury this season but showed his mental strength in his first start since September against Rangers to help United reach the knockout round.

"People are saying how bad I have been playing but I don't think I have played enough games for my form to have been a disaster," he said.

"I have come through patches before when I haven't played well and I know 100 percent I will come through this one.

"I'm mentally strong, I'm confident and I think I can get back to the standard of last season."