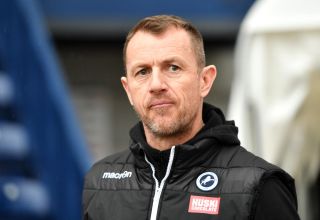 Manager Gary Rowett admitted to being ‘disappointed and frustrated’ at the mentality of his Millwall side after the 1-0 Sky Bet Championship defeat at struggling Wigan.

After an impressive recent run, the Lions lost vital ground in the race for the play-offs with an own goal from Shaun Hutchinson just before the hour mark proving decisive.

Millwall had been denied a strong shout for a penalty in the first half when Nathan Byrne’s foul on Ryan Woods was adjudged by referee Jeremy Simpson to have been just outside the box, when replays suggested it was the other side of the line.

But the Lions were made to pay for leaving their rally too late in the game to make a difference.

Rowett said: “It’s a feeling of disappointment really, on the back of two good performances against Fulham and Preston.

“We seem to be able to lift our game for the teams at the upper end of the division.

“But we don’t seem to have that same mentality for these kind of games. And that’s very disappointing for me as manager.

“In the first half, I’m just waiting for our performance to get started.

“We moved the ball okay, we didn’t look like we were in massive trouble, there wasn’t a massive amount in that first half.

“We should have had a penalty, albeit it is a difficult decision for the referee to give.

“But when you watch it back, it is inside the box when the contact occurs, so technically speaking it is a penalty.

“But as I said, it is a difficult decision for the referee to give, because it’s not massive clear unless you slow it down on the replay.

“The major disappointment for me is we just didn’t really ever get going.

“It looked like Wigan were more desperate to win than we were. And that’s the biggest frustration for me.

“Sometimes you have to take a game by the scruff of the neck at places like Wigan. But we looked like we were waiting for things to happen.

“You saw what happened when we started chasing the game in the last half an hour.

“We looked like we really wanted to get back into the game, we started taking people on.

“My question to the players would be why didn’t we do that for the first 60 minutes.”

For Wigan boss Paul Cook – who watched the game from the gantry due to a touchline ban – it was a perfect 53rd birthday present.

Despite seeing the gap to safety narrow to just two points, though, he wasn’t in the mood to get carried away.

He said: “It’s just about keeping going, I say the same thing every week.

“We sat here a fortnight ago after the Preston game and we were all a little bit disappointed because we never played as well as we could.

“But I thought in general we were good, against a very strong side who were on a fantastic run of results.

“We defended well, we knew we’d get put under pressure in the last 10 minutes if we were in front.

“We didn’t have an extra centre-back on the bench to bring on, the lads had to stand up for themselves.

“And I’m delighted with how they did that.”