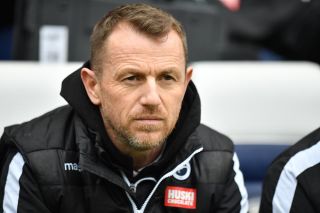 Millwall can make a push for a play-off place according to manager Gary Rowett after Shaun Hutchinson’s late header earned them a 1-0 win at Preston.

The 29-year-old nodded home with 12 minutes to go to hand Preston a first league defeat of 2020 and bring Millwall back to within four points of their opponents in the final play-off spot.

Rowett, who replaced Neil Harris back in October, believes Millwall have it in them to go on a run and challenge for a top-six finish.

He said: “I am pleased with the performance of the team, aside from the first 15 minutes or so, where we did not get started.

“I thought we played really well overall, I was happy with goal-scoring opportunities we created, and we worked really hard to limit Preston to very few chances to score.

“I know there were a few calls for offside against Hutchinson for his goal, but we have just watched it back and I do not think there is a case there.

“We have come through a very tough run of games in the last while and if we can keep this form going then I think we can stay within a shout of the play-offs at the end of the season.

“The fans have been absolutely fantastic, they have been great since I arrived here, and that has played is a big role here.

“We know that it will be difficult in the games to come, but I am confident that if we can keep up this form then we will be in with a shout.”

Preston had started the quicker at Deepdale with Daniel Johnson wasting an excellent early chance to open the scoring.

Tom Barkhuizen did brilliantly to burst past two challenges on the right-hand side of the box and cut back for the midfielder, but his tame effort was well saved by Bartosz Bialkowski, with David Nugent scuffing the rebound over the bar.

Jack Cooper and Jayson Molumby went close for the visitors before the interval and they picked up where they left off after the break as Tom Bradshaw hit the bar on a counter-attack.

The goal their pressure deserved came from a corner, Hutchinson reacting fastest to nod home after Murray Wallace had headed down namesake Jed’s whipped set-piece.

Preston boss Alex Neil admitted his team had lacked a cutting edge in the second half.

He said: “I thought we started the game really well and created some good chances to score.

“We had a penalty shout for a foul on Tom Barkhuizen in the early stages and we had other chances to score early on.

“We played well in that period but before the break we allowed them to come back into the game and that caused problems.

“In the second half, I think we did not really carry much of an attacking threat and we found it difficult to get on the ball and control the game.

“To concede a goal in the way we did, from a second phase at a set-piece is obviously disappointing, because that is something we work hard on.

“But at the end of the game we have to look at the situation we are in and the lads are doing a fantastic job to keep us in sixth place and that is pleasing.”