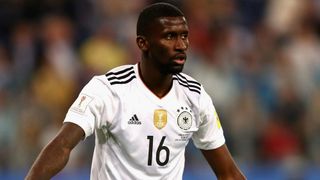 Chelsea have made their first major signing of the transfer window, signing centre-back Antonio Rudiger in a £31million deal from Roma.

The fee sees the Germany international become the seventh most expensive signing in the club's history and marks the highest fee they have paid for a defender. But how have the six players who cost more than him fared?

Their big-money acquisitions have not always gone to plan, so here we take a look at the hits and misses among their six costliest players.

Chelsea's club-record swoop for Torres in January 2011 provoked anger on Merseyside, but Liverpool never really missed him as the Spaniard failed to fire in his four-year spell at Stamford Bridge. Although he scored a pivotal goal in a Champions League semi-final triumph over Barcelona, Torres found the net just 48 times in all competitions over three seasons, eventually leaving for AC Milan and then Atletico Madrid.

A goal machine and Champions League winner with AC Milan, Ukraine legend Andriy Shevchenko never hit the heights he reached in Serie A following his 2006 switch. Shevchenko looked a shadow of himself at Stamford Bridge and scored just 22 goals in 77 games, going back to Milan on loan before ending his career with Dynamo Kiev.

So far, it is fair to say former Marseille hitman Michy Batshuayi's Chelsea career has not been what he hoped. Very much second fiddle to Diego Costa, Batshuayi's game time was limited last season, although he did score the goal that clinched the Premier League title at West Brom.

This ex-Marseille striker absolutely lived up to the billing. A fearsome presence in the box with a flair for the spectacular, Drogba helped Chelsea to four Premier League titles, four FA Cups, three League Cups and converted the winning penalty in the shoot-out as they beat Bayern Munich in the 2012 Champions League final, furthering his legendary status at the club.

Michael Essien's arrival at Chelsea in 2005 brought about the end of a three-month-long transfer saga, but he proved worth the wait. His energy and physicality in midfield proved invaluable to Chelsea, the Ghanaian winning the Premier League twice and the Champions League once in a decorated nine-year spell.

Booed by Chelsea fans as he knocked them out of the Champions League in 2014, Costa has become a hero at Stamford Bridge since making the switch later that year. His goals have fired them to two Premier League titles, but his difficult relationship with Antonio Conte could spell the end of his time at the club.