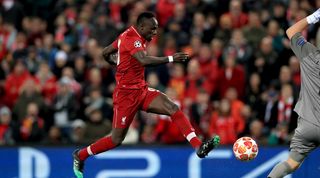 The Senegal international has started the 2019/20 season in flying form with four goals and an assist in five Premier League games.

Gazzetta dello Sport journalist Nicolo Schira reports that Liverpool are set to reward the winger with a new deal running until 2025.

The 27-year-old’s earnings would increase to €13 million per year according to Schira, working out at around £220,000 per week.

Mane signed a new extension at Anfield as recently as November 2018 but his stock has risen further since then after he finished last season as the joint-winner of the Golden Boot.

He scored 22 league goals for the Reds, the same as team-mate Mohamed Salah and Arsenal’s Pierre-Emerick Aubameyang, as they finished one point behind champions Manchester City.